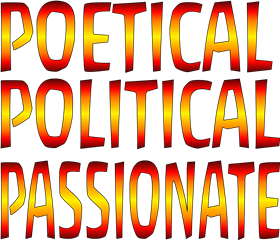 Living a reclusive life in the mountains, The Bard is a solitary activist and political poet, who challenges society, government and corporations by his forthright lyrics.  The Bard's political activism expressed through his songs is to remind people of our precious freedom of speech that must not be taken for granted.  Loss of this freedom is the price we are now currently paying, for our lack of vigilance.  The Bard is unafraid to sing about controversial issues, especially those that contradict the opinions and beliefs of the majority.

A musical journeyman, The Bard has written and recorded many albums, not all of which are politically driven, however. Beginning with folk-style, haunting melodies in Sands of Time, he created the definitive cruising album in 2005.

Followed by Speak the Truth in 2007, this album is a compilation of challenging acoustic guitar instrumentals and catchy songs which were recorded live during The Bard’s performances in and around Ballarat before he vanished to the mountains.  Around the same time, The Bard, Live in Ballarat Volume 1 was recorded, showcasing the best of The Bard’s live, foot-stomping and very individual renditions of popular covers.

2008 saw the birth of In a Golden Dawn, a journey through The Bard’s soul where listeners can relate to the various subjects taken from The Bard’s life experiences and perspective.  Real life issues about family, love, loss, the environment, and the meaning of life are expressed through The Bard’s musical landscape.

In 2010, The Bard released Songs of Dissent, an album best described as politically incorrect; a bold, outspoken response to government policies, both economic and environmental. The intention of this album was to be a wake-up call to society at large, to spark a new wave of social consciousness. The Bard dares to speak the truth and expose the hidden agendas of secret societies, secret agencies, governments and corporations encapsulated in Songs of Dissent.

The next album, Far out to Sea, released in 2015, is a heady mixture of politically-driven songs, ballads and spiritual reminders.  From The Bard's musical lens, in the five years between Songs of Dissent and Far out to Sea, the world at large had not progressed enough to make a real difference in people's daily lives.

However, here we are in 2021 and the world is in a state of great turmoil.  Prophetically, on The Bard’s album, Between the Lines, the song The Greatest Trick was penned long before the (manufactured) pandemic.  Check out this song’s lyrics on our Lyrics page to see for yourself. The Bard has been warning people for years about government corruption, corporate greed and the stripping of rights from all of us.

Currently, there is no other Australian artist, mainstream or alternative, who is a political singer/songwriter of this calibre, who covers real issues that affect us all on the everyday level.  The Bard’s political activism through his songs is in an effort to make sure that we continue to hold on to the freedoms we all enjoy, but which are quickly disappearing.

The Bard is the voice to wake up the people!

NOW AVAILABLE ON ALL STREAMING SERVICES AND ON CD

This album showcases The Bard’s unique, foot-stomping renditions of the pub crowd’s favourite covers and The Bard’s originals.

For those who prefer the physical product instead of digital streaming, these CDs come in a classic jewel case.

Go 'old school' for these albums and purchase your copies today for only $20 each.  We have provided the PayPal service for a safer, easier way to pay.

For lovers of classic rock, and even for those who are new to the genre, this album will tick all the boxes.  A variety of strong, melodic electric guitar, instrumentals, rock/pop style ballads and rock songs reminiscent of the bands of the eighties, this album will make you feel nostalgic for those heady days of rock.

The range of songs spans across classic rock, political ballads and urban country.

It's a musical feast for the ears!